John Lodge on Rock Hall of Fame Nomination: ‘We Have to See What Happens’ 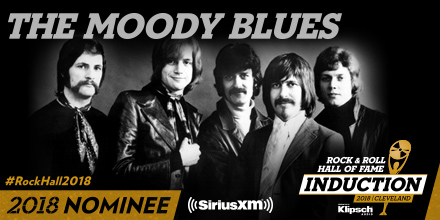 For the Moody Blues, and especially its fans, it’s about time the long-lived group received a Rock and Roll Hall of Fame nomination.

Now the question is whether it will be time for an actual induction.

“It’s early days. We have to see what happens,” bassist John Lodge tells Billboard. “It’s a nomination. I really don’t know how these things work after that, so just to be nominated at this stage is fantastic.”

It’s a hard-fought nomination, too.

The Moodys have long been considered one of the Rock Hall’s greatest omissions, and fans have mounted a particularly aggressive campaign on the group’s behalf. When its first-ever nomination was announced on Thursday (Oct. 5), Moodys members Justin Hayward, John Lodge and Graeme Edge issued a joint statement saying, “We are very honored to be considered for an induction into the Rock & Roll Hall of Fame. We know that the fans have been diligently supporting us along the way on this, and that it means a lot to them, as well as to us. Being a British band, we are grateful for our American recognition, and especially to fans who have been with us throughout our musical journey.”

Lodge says he himself has never felt slighted by the Moodys’ exclusion from the Rock Hall, however. “I got into rock n’ roll when I was 12, and I never worked for any accolades at all,” he says. “I just wanted to make my music, and the other things that have come along the way have just been tremendous, and (the nomination) is something else that has come along the way. People say, ‘Did you ever dream about these things,’ and the answer is no, I never did. I didn’t know what dream I was trying to chase. All I wanted to do is play my bass and sing my songs, and that has led me everywhere in life.”