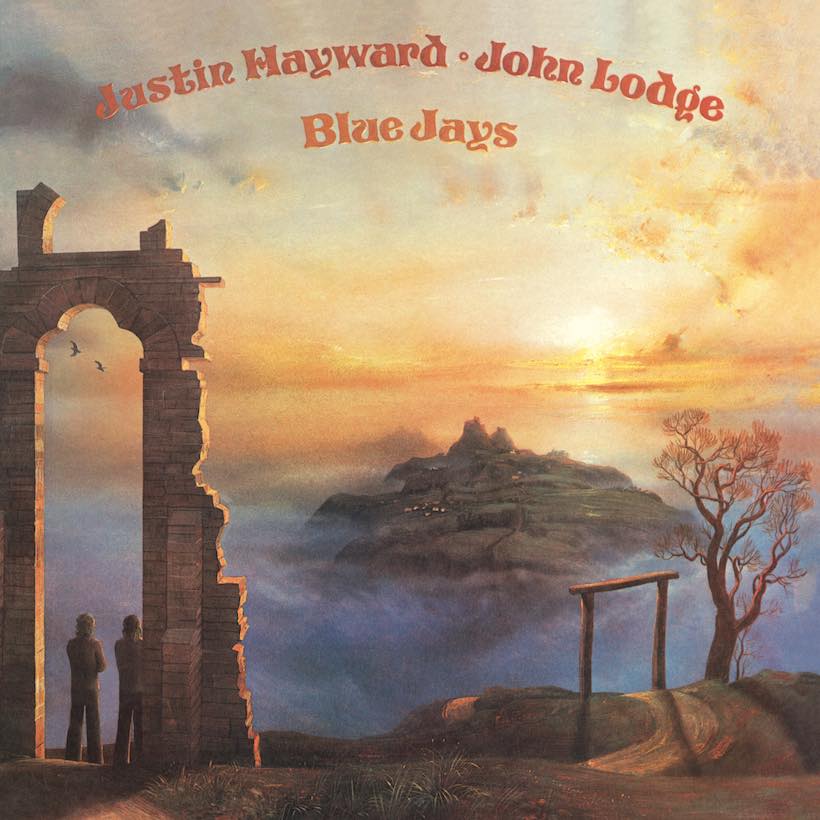 The album was released during the group’s five-year hiatus that followed 1972’s Seventh Sojourn and before the reunion that led to Octave in 1978.

Blue Jays, the highly successful 1975 collaboration by Justin Hayward and John Lodge of the Moody Blues, will be reissued by UMC in a new black vinyl edition on 4 October.

The album was released during the group’s five-year hiatus that followed 1972’s Seventh Sojourn and before the reunion that led to Octave in 1978. It was produced by the Moody Blues’ longtime right-hand-man Tony Clarke and featured ten songs, five credited to Hayward as the writer, three to Lodge and two as collaborations.

The album was released in March 1975 and soon followed by the single ‘I Dreamed Last Night,’ written by Hayward. That track reached No. 47 on the Billboard Hot 100 and became a top 30 adult contemporary hit. Later that year the non-LP track ‘Blue Guitar’ became a substantial UK hit, reaching No. 8. It was credited to Hayward and Lodge but featured unlisted performances by all the members of 10cc.

The project was launched in highly unusual fashion with a playback — but not a performance — in the historic surroundings of New York’s Carnegie Hall. was unveiled to the world in somewhat pompous fashion – a playback at Carnegie Hall. “It was the most incredible thing I’ve ever seen in my life,” Hayward later told Q magazine.

“There’s John and me in the dressing room at Carnegie Hall and the house is full and all there is on stage is a record player with a couple of spotlights on it. And they say, ‘Ladies and gentlemen! The very first performance of Blue Jays!’ And then someone plonks the record on.”

Blue Jays was a big success on both sides of the Atlantic, eagerly embraced by longtime Moodies fans who had been starved of new material for three years. It reached No. 4 in the UK, spending an impressive seven weeks in the top ten and 14 in the top 40. In America, it climbed to No. 16 in a 23-week chart run.

Billboard’s enthusiastic review of the album noted that its symphonic sound “brings back memories of the ‘Nights In White Satin’ days, with smooth, flowing cuts, powerfully soothing production and solo and harmony vocals that are reminiscent of the best of the Moodies…expect immediate FM play (response is already strong).” The magazine’s advice to record dealers was “Let the consumers know who this duo is and you’ve got a super seller on your hand.”

Blue Jays is released on vinyl on 4 October. Scroll down for the tracklisting, and pre-order it here.

Side A:
This Morning
Remember Me (My Friend)
My Brother
You
Nights Winters Years

Side B:
Saved By The Music
I Dreamed Last Night
Who Are You Now
Maybe
When You Wake Up