Ray Thomas, flautist and vocalist for British rock group The Moody Blues, has died at 76. 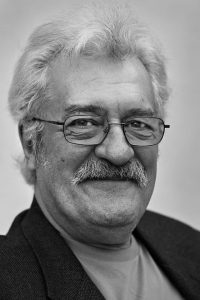 It is with profound sorrow and sadness that Cherry Red Records and Esoteric Recordings regret to announce that Ray Thomas, founder member, flautist and vocalist of the Moody Blues, passed away suddenly at his home in Surrey on Thursday 4th January 2018.

“My heartfelt condolences to Ray’s family. All my thoughts are with them, and I send them my love. Ray was a kind, generous and ‘giving’ musician and friend through all those magical years for the group, and I treasure all the music we made together”.
-Justin Hayward

“Ray and I have been on this magical journey through life together since we were 14…two young kids from Birmingham who reached for the stars…and we made it together. El Riot you will always be by my side.”
-John Lodge

We are deeply shocked by his passing and will miss his warmth, humour and kindness. It was a privilege to have known and worked with him and our thoughts are with his family and his wife Lee at this sad time.

Born in Stourport-on-Severn on 29th December 1941, Ray was a member of various Birmingham Blues and Soul groups in the early 1960s, notably with El Riot and the Rebels, who also featured John Lodge and Mike Pinder at various stages in their existence. Ray formed The Krew Cats with Mike Pinder in 1963 and the group performed on the Hamburg club scene that year. Returning to Birmingham, Thomas and Pinder formed the Moody Blues with Denny Laine, Graeme Edge and Clint Warwick. The band signed to Decca Records and enjoyed a worldwide hit with their cover of Bessie Banks’ “Go Now” in January 1965.

In October 1966 the Moody Blues line-up changed with the recruitment of Justin Hayward and John Lodge to replace the departing Denny Laine and Clint Warwick. The musical style of the group changed dramatically with the incorporation of the Mellotron into their sound, along with Ray’s evocative flute playing.

The band’s 1967 single “Nights in White Satin” (from the ground breaking album “Days of Future Passed” – a number one album in the USA in 1972) was graced by a magical flute solo from Ray, contributing to the evocative arrangement of the song.

Over seven albums released between 1967 and 1972 the Moody Blues enjoyed major success, and each album was graced with compositions by Ray such as “Legend of a Mind” (about the psychedelic champion Timothy Leary), “Eternity Road”, “And the Tide Rushes In” and “For My Lady”.

Ray remained with the Moody Blues until 2002 when he retired from the band due to health issues. Despite mobility issues, Ray continued to play and record occasionally, contributing a new song, “The Trouble with Memories” to a 2010 boxed set release of his two solo albums and more recently to the John Lodge album “10,000 Light Years Ago” in 2014. In 2017 it was announced that the members of the Moody Blues, including Ray Thomas, were to be inducted in to the Rock & Roll Hall of Fame in 2018.